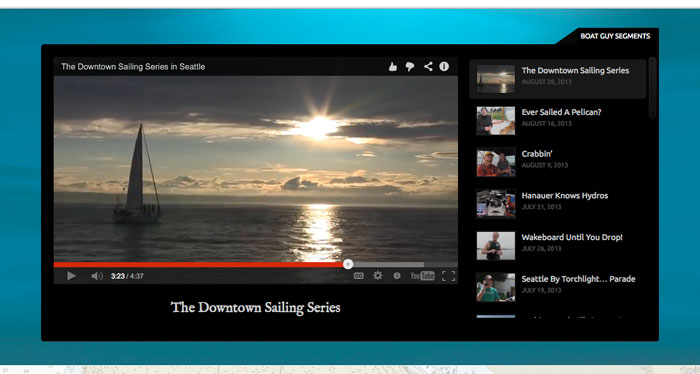 CMA’s Seattle marketing agency teamed up with retired hydroplane racing champion Chip Hanauer to launch TheBoatGuy.com in 2013. The light-hearted web video series about life on the water in the Pacific Northwest provides a national sports legend with a platform for his unique wit and charm, and for promoting boating fun throughout Washington state and the U.S.

CMA’s website design and development team created TheBoatGuy.com as a video-centric venue for Chip’s ongoing web series and blog. The website features a video playlist carousel on the homepage and videos in the header of individual episode pages. A custom YouTube video channel, created by CMA’s social media agency, hosts the videos, which are accessible to the public via YouTube, but are also seamlessly viewed at TheBoatGuy.com. 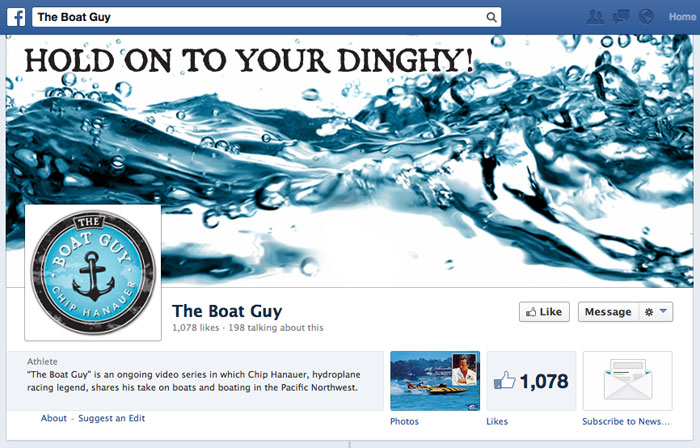 Chip’s hydroplane racing legacy includes a record 11 APBA Gold Cups and becoming the youngest inductee into the U.S. Motorsports Hall of Fame. CMA Seattle marketing agency invites you to enjoy The Boat Guy’s Northwestern humor and passion for the water at TheBoatGuy.com. As Chip likes to say, “It’s not about the boat, it’s about the float.”