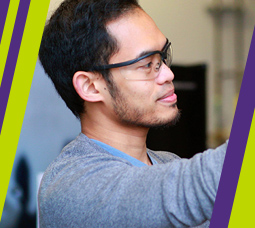 The objective of the Clover Park Technical College 2014 media plan was to create a comprehensive program that combined radio, outdoor, and digital media for summer and fall registration, as well as a maintenance campaign for the summer months. CPTC wanted to encourage its target audience to enroll in registration and present its school as a viable, top-tier option for education, training, and retraining. With proven media buy research and analysis, CMA media buyers provided media buys that delivered increased visibility for CPTC in their very competitive target market of Tacoma and greater Thurston and Pierce counties.

Radio: Traditional radio ads during Total Traffic Networks traffic reports were broadcast on most major networks in the region. Live reads by traffic reporters allowed for flexible messaging while minimizing production costs. Drivers tend to listen more closely to a traffic report than traditional 30-second commercials. The medium also permitted CMA to change the messaging for the morning and afternoon commutes. The media buy also garnered at least a 25% bonus schedule on all Total Traffic Stations.

Outdoor: Billboards are another excellent complement to radio advertising, allowing the message to reach a targeted audience with both audio and visual messages. Our CPTC media plan included buying 10 billboards placed within a five-mile radius of the Clover Park campus.

Our outdoor media plan also incorporated transit advertising on the city bus. Exterior bus ads drew the attention of both drivers and pedestrians reading the outside of passing buses, while interior ads reached thousands of bus riders each day. Analysis shows that the transit campaign reached more than 70% of the Tacoma target audience.

Display ads were created to enhance brand awareness. The friendly images were then retargeted to website visitors. According to Google research, only 2% of site visitors take action. Retargeting campaigns target the 98% who don’t take action, encouraging them to revisit the site and take a specific action.

Finally, Facebook ads were developed to grow CPTC’s social media fan base and engage potentially interested students. News feed advertising is an effective tool in this capacity, as well as promoting brand awareness.