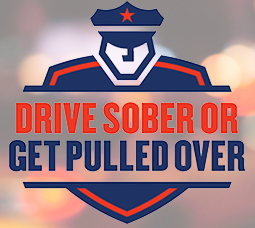 Every year, during the holiday season, the Washington Traffic Safety Commission (WTSC) alerts the public about increased road patrols looking for impaired drivers. The slogans- “Drive Sober or Get Pulled Over” and “Drive High, Get a DUI”- repeat familiar messages and yet drivers continue to be pulled over every day for DUI.

CMA was hired to deliver the WTSC’s 2014 holiday campaign with strategic media placement, and also to inspire the public to plan ahead and make sure they traveled to and from holiday events safely. Our research showed that the primary target audience should be men 18-34, so CMA’s media buying team chose a strategic combination of radio, television, digital, and out-of-home placement that would reach our target demographic when they were paying the most attention.

Radio: We focused our media buys for the Holiday Impaired Driving Campaign on radio as the primary media distribution. Data showed that radio buys would more likely reach listeners who were behind the wheel or riding a motor vehicle. Research also led us to target Total Traffic Reports as a time when audiences were actively listening. We even knew the specific stations that our demographic tuned into to get their traffic information. Our media buying strategy combined radio sponsorships and naming rights so we could buy radio ads when listeners were thinking about traffic and driving behavior.

We then set out to personalize the national campaign’s standard ad, so that our statewide audience would feel a more personal connection to the message. To accomplish this, we scripted voice-overs for DJ’s from the top men 18-34 stations in Washington. The voice spots accompanied the official media spots and gave the ads a “local” feel. Our message would come from a voice that the audience recognized and had a connection with as listeners of the show.

Finally, we provided our audience with a resource to encourage better decisions if they were potentially under the influence. Partnering with Entercom Radio in Seattle, we created the MySafeRide campaign that allowed people to text in “MySafeRide” and link to a list of ride opportunities and discounts in their area.

Television: Our television buys were focused on supporting the National Highway Safety’s media plan. We flighted the bulk of our campaign to air two weeks prior to the start of the national campaign. We also targeted like programming to increase overall frequency.

Out of Home: We added theaters advertising across Washington state to enhance our television buy. Men 18-34 are a difficult audience to reach efficiently and delivering our message on the big screen allowed us to dramatically increase our visual reach for our target.

Digital: Our digital media buys combined display ads, social media, and internet radio to reach our target audience at different stages of digital engagement. Men 18-34 are among the leaders in dual-screen usage and synchronizing television and digital campaigns exponentially maximizes the impact.

CMA supplied WTSC with a refreshing media buying strategy that both parties felt made the most out of the budget. Since 2014 was our first year placing the WTSC campaign, we are very excited to see how effectively we alter driver behavior. As of January 2015, we were delivering in excess of a 1-for-1 PSA match to the 2014 campaign. CMA is committed to positive messaging with PSA’s that help to build a safer community.