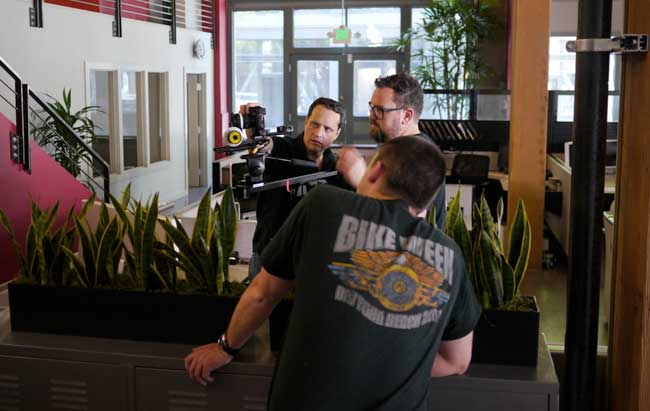 Let’s Make A Movie In The Office

During an average workday at CMA, you’ll find a mix of web developers, designers, media buyers, social media makers and video editors all working away on their respective projects. But, for one great weekend in May 2013, our office was taken over by an outside film crew. Local filmmaker Douglas Horn was shooting his latest short film, Tape Recorder. CMA was happy to support the Seattle film community and our offices proved to be the perfect setting for the cast and crew of more than 20 people.

Tape Recorder features local actors Basil Harris and Alycia Delmore, with an extended supporting cast and crew of many of Seattle’s top talents. Now, just one year later, the comedic short film is being featured at the Seattle International Film Festival (SIFF) on May 26 at 6:30pm as part of the SIFF ShortsFest Closing Night Screening. We’ll be there to support Douglas and the whole crew. We hope that you’ll join us!

The Seattle International Film Festival runs from May 15 to June 8. SIFF is celebrating its 39th year. The festival screens more than 400 films to an audience of more than 150,000.

CMA features one of the top video production companies in Seattle, WA.