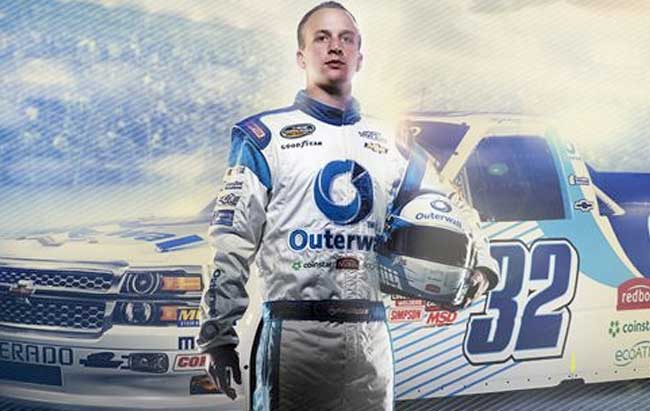 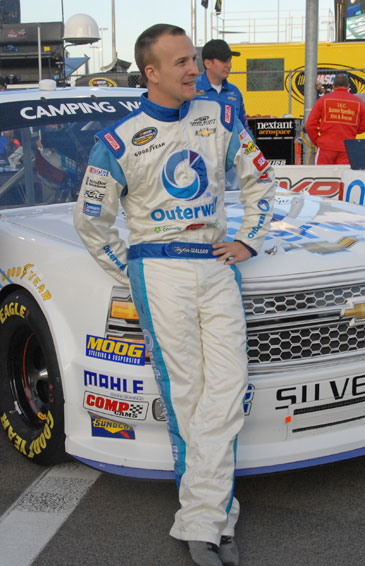 Creative Media Alliance is excited to market the ever-growing sport of NASCAR Racing. Our client Tayler Malsam, 25, is a six-year NASCAR veteran of both the NASCAR Nationwide Series and the Camping World Truck Series. Malsam is also a native of Seattle, WA, the biggest city in the Pacific Northwest, a region largely untapped by NASCAR.

CMA took the reins of Malsam’s social media marketing, including Facebook, Twitter, Instagram, and YouTube. We instituted cutting-edge techniques and top analysis to propagate Malsam’s brand to regional and worldwide audiences. Web development and video marketing could be added to coincide with Malsam’s growing success. In the thriving world of NASCAR Racing, Tayler Malsam is a rising star. He sought out CMA to help him shine.

In 2014, Tayler will be driving the #32 Outerwall Truck for TurnerScott Motorsports, the 2012 NASCAR Camping World Truck Series Championship team. Malsam wants to command the full support of Seattle’s “The 12th Man” sports fans for his twelve 2014 races. NASCAR’s Truck Series season begins in early-May. CMA will conduct real-time social media coverage, including live tweets and Instagram posts from the track during all of Malsam’s races.

Learn more about Tayler Malsam and his NASCAR racing schedule here. Follow CMA’s blog or explore our website to learn more about our web marketing company in Seattle. Our clients include automotive, hospitality, medical, non-profits, celebrities, and more.